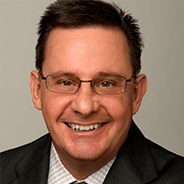 Kraig has helped advise Washington2 Advocates (W2A) since it was founded and has been one of the firm’s minority partners for the past 10 years.

An experienced association executive with an extensive professional network, Kraig excels at forging consensus, building teams and transforming organizations.  He currently serves as the chief executive of the Distilled Spirits Council, representing the leading producers and marketers of distilled spirits sold in the United States.

Earlier in his career, Kraig served at the helm of the American Frozen Food Institute, Fertilizer Institute, U.S. Apple Association and the National Mining Association, as well as vice president of the Northwest Horticultural Council.  He also served as an aide to U.S. Senators Dan Evans and Slade Gorton, U.S. Reps. Rod Chandler and Sid Morrison, and the House Committee on Agriculture.

A Washington State University alumnus, Kraig serves on the WSU Foundation Board of Trustees and is a member of the Lambda Chi Alpha Foundation President’s Circle.